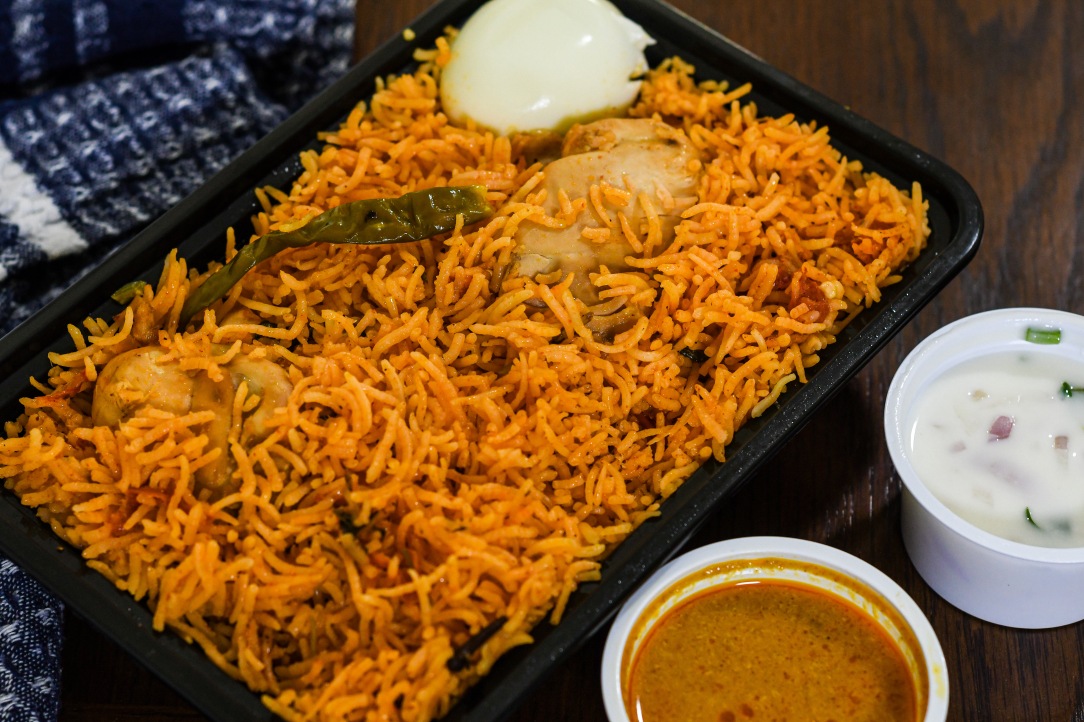 By Lizbethology in Restaurant Reviews on August 4, 2020
No comments

Fusion Amaravathi is a casual dine-in, and delivery restaurant located in Building 20 of Zen cluster in Discovery Gardens (DG). Though I stay in DG and have passed by the restaurant multiple times, it is only recently that I tried this place and that too by getting the food delivered home. They serve Andhra-style food which is known for being spicy and flavourful.

While checking out Zomato for their top dishes, Ambur Biryani and Guntur Chicken were amongst the highly recommended ones. So, I had to try these and also tried Chicken Vepudu with Sambar, Rasam, white rice and sweet of the day.

It was my first time trying Ambur Biryani but I loved the flavour though it did feel a bit on the dry side. Not sure if it’s supposed to be that way. It wasn’t spicy on the first bite though definitely felt spicy after a few mouthfuls but couldn’t bring myself to a stop. Being an egg-lover, i was excited to see this topped with a boiled egg 🙂 It was accompanied with raita and gravy.

The sweet of the day was good but could be better.